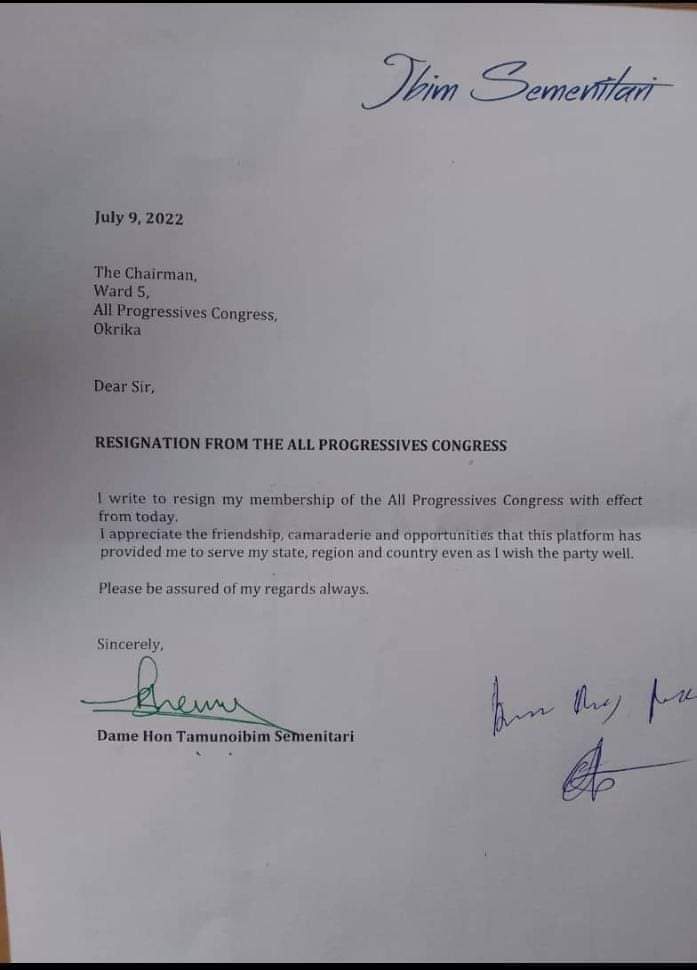 Former minister of transportation and leader of All Progressives Congress (APC), in Rivers State, Chibuike Amaechi, in the last one week, has lost some of his strong supporters.

Latest among his loyalists to quit was his former commissioner for Information and Communications, Ibim Semenitari.

Others, who announced resignation in letters to their respective wards chairmen were Dawari George, Marvin Yobana (former Africa’s representative at the World Youth Assembly), Nkemka Amadi and Robinson Elechi.

However, all of them have remained silent on the next decision of a political party to join and thanked the APC for giving them opportunities to serve at different capacities.

Semenitari, former acting managing director of the Niger Delta Development Commission (NDDC), in her resignation letter wrote: “I write to resign my membership of APC with effect from today.

“I appreciate the friendship, camaraderie and opportunities that this platform has provided me to serve my state, region and country even as I wish the party well.”

Similarly, George, who was a strong ally of the former minister and a former commissioner for Youths under Amaechi’s administration, lauded the party for the support he got to serve it.

He was also the former chairman of the reconciliation committee of the party in Rivers State.

He, however, did not state the reason for his decision. The letter was addressed to the chairman of APC ward one in the state’s Asari Tori Local Government Area.

Meanwhile, Yobana, in his resignation letter, cited certain actions of the party which conflicted with his personal interest and political ideology as reasons for quitting the party.

These APC chieftains and Amaechi’s allies’ exit came after his recent return from Abuja, where he took second position at the party’s recent presidential primary.