A lecturer with the Department of Accountancy, Auchi Polytechnic, Hassan Momoh, was found dead in his car on Thursday, September 8, 2022.

According to reports, the deceased drove into the School of Business Studies, Area 2 of Auchi Polytechnic in preparation for a lecture when some students of Accountancy noticed that he was taking longer than normal to alight from his car.

They moved towards the car to enquire why he was not coming out and found him unconscious.

With the help of security personnel, the lecturer was taken to the Polytechnic Cottage where he was declared dead. 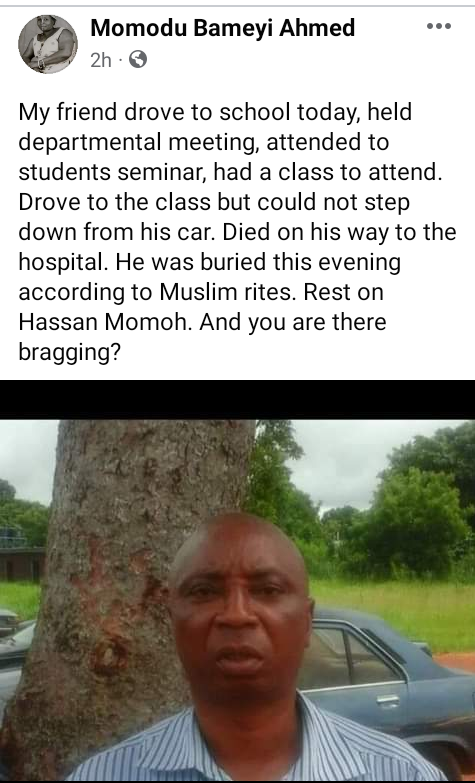 He was laid to rest in his hometown, Yeluwa in Jattu-Uzairue on Thursday evening, September 8.