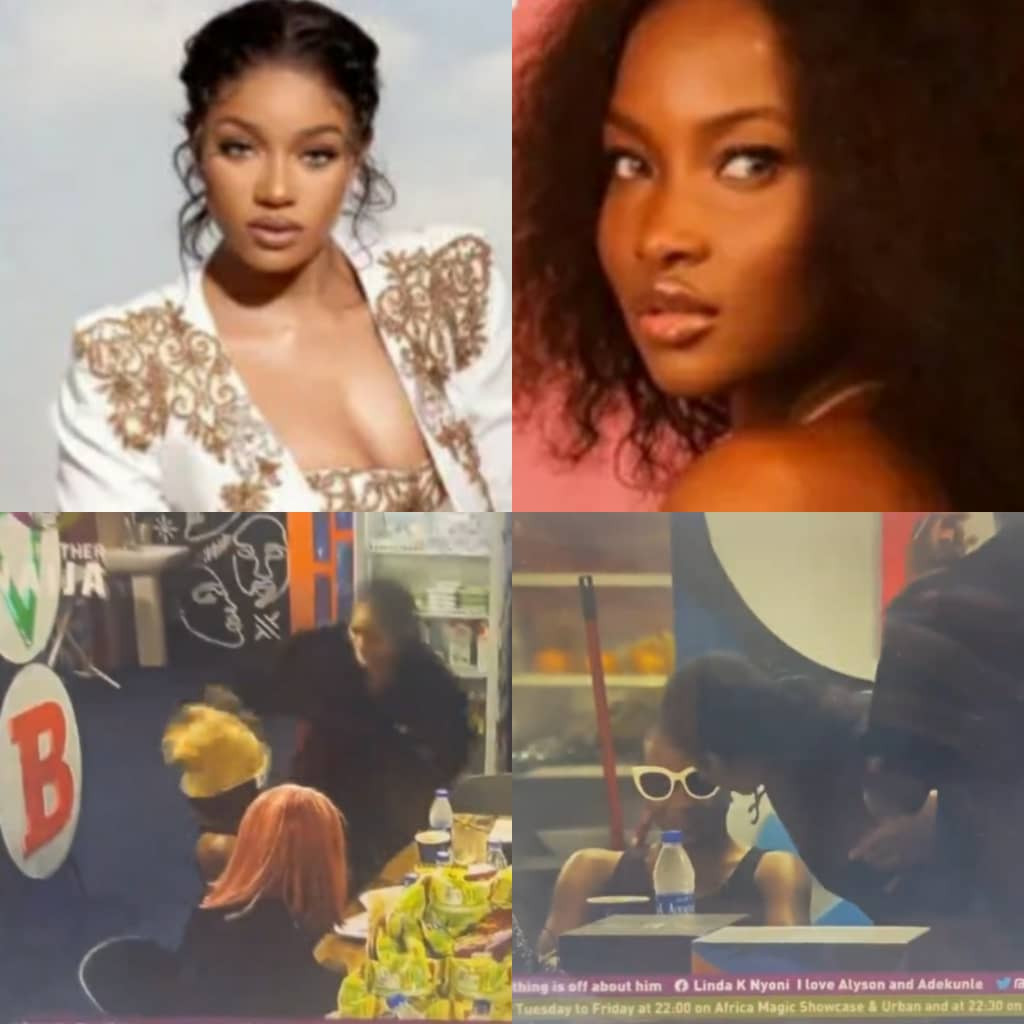 BBNaija 2022:- Big Brother Summons Beauty After She Removed Ilebaye’s Cap And Wig During An Argument About Groovy (Videos)

BBNaija 2022:- Big Brother Summons Beauty After She Removed Ilebaye’s Cap And Wig During An Argument About Groovy (Videos)

There was tension in the BBNaija Season 7 house last night after two housemates, Beauty and Ilebaye who were before now besties, clashed over their fellow male housemate, Groovy.

After the night party in the Big Brother Naija house, Level 2 housemate Beauty got really angry at her love interest, Groovy for dancing with a female Level 1 housemate, Chomzy, at the Saturday night party.

She confronted Groovy and was raising her voice at him. The 24-year-old former Miss Nigeria got angrier when Ilebaye tried to caution her against raising her voice, and told her that she was behaving like a child, while advising her to let go. This fueled a bigger fight which made Beauty remove Ilebaye’s wig and cap during the heat of their clash.

Another housemate, Bryann tried to separate them and also advise Beauty to stop being paranoid.

Big Brother later summoned Beauty to the diary room where he cautioned her.

While speaking to Kess in the room, Beauty admitted that she “f*cked up” by allowing her male housemate get into her feelings.

The rule of the reality TV show is against all forms of violence including provocation, goading, bullying and victimization, and any housemate who display such may be punished by Big Brother in any way Biggie chooses.

Watch videos from the clash below…