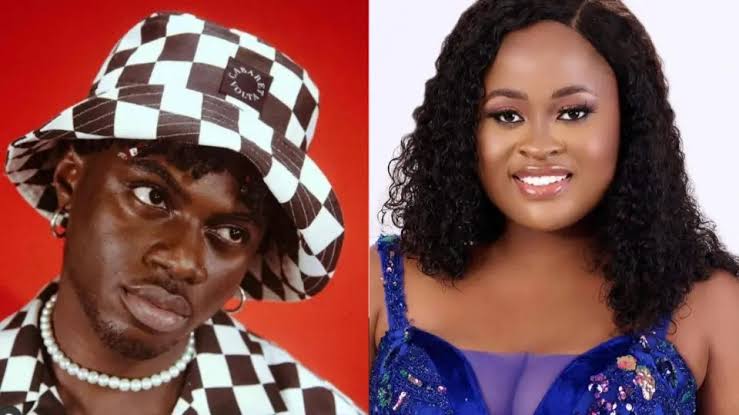 Bryann, one of the new housemates on BBNaija, expresses himself after noticing waist beads on Amaka, NaijaCover Reports.

The first day of season 7 of Big Brother Naija began with amusing moments as the new housemates got to know one another.

Bryann expressed his desire to become good friends with Amaka while hanging out with the group, pointing out the beads on her waist, NaijaCover Learnt.

“Me and you are going to be good friends. This waist beads wey you pack full for waist so, ashawo dey your eyes,” he said.

Meanwhile; Amaka previously admitted that she’s there to let down anyone who believes a man will win this year as well.

Before being shown the doors to the house of cameras, the vivacious woman had a brief conversation with the show’s host, Ebuka Obi-Uchendu, on stage.

She promised to bring a lot of vibes and energy to keep the audience entertained.