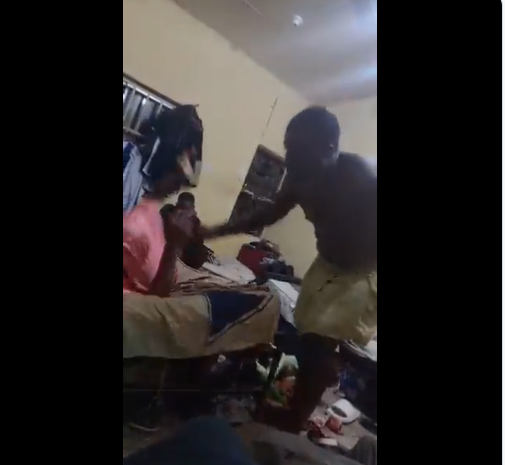 The management of Bingham University, Abuja, has expelled a yet-to-be-identified student of the school who was captured on camera assaulting a fellow student.

A video of the assault was shared online by Jemima Nnadi, the cousin to the victim and also a fresh student of the school, on Saturday, September 3, which captured the moment the fresher was being flogged with a whip by an older student.

Jemima further alleged that such inhuman treatment was being meted out to fresh students like them in the university.

Reacting to the video, the school management, in a statement posted on its official page on Twitter revealed that the student has been identified and expelled accordingly

”The attention of the management of Bingham University has been drawn to a video on Twitter of a student bullying a fellow student, posted by Jemima Nnadi. “This has since been reported to the Management and the student has since been expelled in line with the university’s zero-tolerance policy on bullying.”