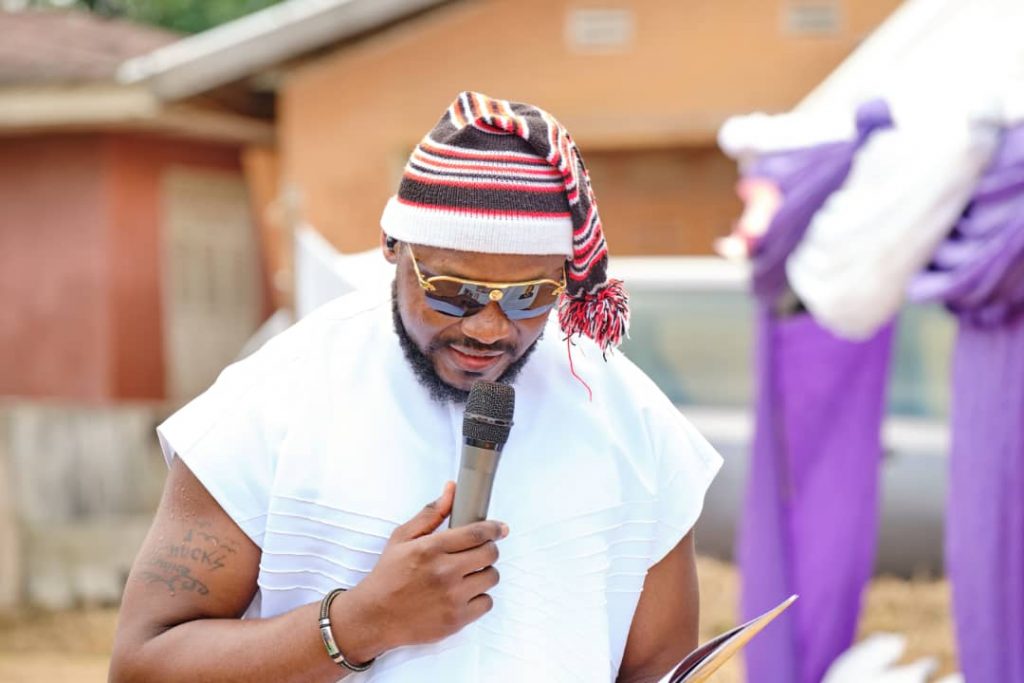 Chucks Chyke Buries His Father In Abia Amidst Tears (Photos)

The father of Amb. Chucks Chyke, a popular Nollywood actor and a Brand Ambassador of leading communications company Aitel Nigeria, Mazi Isaac Chukwunenye Okoroafor has been laid to rest amidst tears and weeping.

Mazi Okoroafor who passed on at the age of 75 was recently buried at his hometown, Okoko-Item, in Bende L.G.A, Abia State.

The son, Amb. Chyke in a tribute expressed sadness over his father’s demise, describing him as exemplification of God’s word.

The entertainer eulogized his father for moulding him to become a rock, light as well as decorating him with knowledge.

He said, “You have thought me, made me see life in the reality of it, you built me to become a rock, a light that the world needs not just want.

“You have thought me to stand for what is right, to be valuable and also value others no matter how small they appear. You made me see love in what I thought I hate. You were an example in everything you wanted me to understand…

“I stand successful and admired today because you decorated me with courage. Your errors you made me learn from. No matter what anyone thinks of you, I will forever be proud of who you where and what you lived for.

“You lived a life to remember; giving value to every moment that passed. You stood by me as an a example of God’s word. In my most difficult times you appeared and cleared the air like “nothing mega”.

“You thought me to honor impossible as possible and to stand against the worst distractions of man. It is hard to believe that anything could bring you down but…You will always be my MENTOR.

“It’s still hard to believe that I won’t see you and your rare heart of gold on earth again until we meet again in heaven. You showed us heaven on earth. I know you are there making sure that you avenge the mystery of your death and to defend us from the hands of those that try to stand against us.

“You will forever be remembered and honored on earth. If I am to be granted a wish now it won’t be riches as everyone would want but to be in your arms again.

‘With so much tears in my eyes and heart… I say again… I love and miss you my mentor, loving dad and father.”