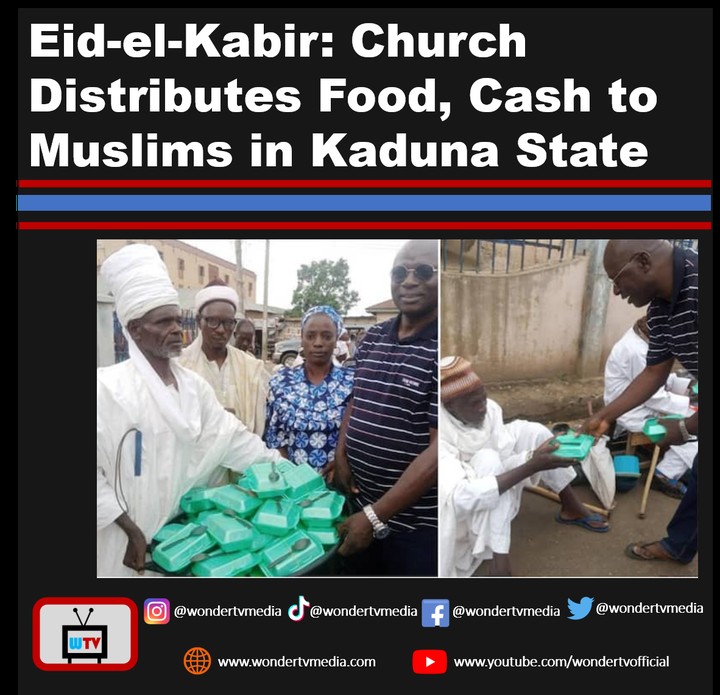 The Christ Evangelical and Life Intervention Fellowship Ministry has distributed food to poor Muslims and orphans in celebration of Eid-el-Kabir.

The church said it also gifted “Barka da Sallah” cash to children to promote a good relationship between Christians and Muslims in Kaduna state.

While distributing the items, Yohanna Buru, general overseer of the church, said it is crucial to help the poor Muslims celebrate the season with joy.

He said it is the practice of the church to distribute food to about 600 – 700 people every year but it was increased this time due to the rise in the number of people at the various distribution areas.

Pastor Buru said most of the beneficiaries were street beggars, widows, orphans and some internally displaced persons. The clergy added that the practice, which has lasted 11 years, is aimed at promoting religious tolerance, and interreligious dialogue for peace and unity in the Kaduna State as well as fostering peaceful co-existence between Muslims and Christians.

He urged wealthy Muslims and Christians around the country to help the needy, widows and orphans to lessen their sufferings, adding that “we are all brothers and sisters and must support each other to live in peace and harmony”.