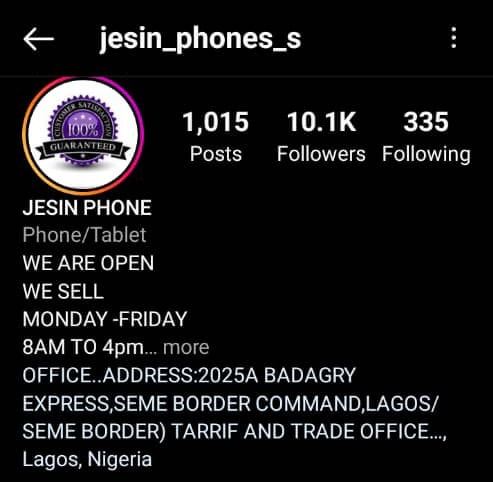 Mom Begs For Help After Instagram Page Scammed Her Son

A Nigerian woman, Progress Okuk has taken to Facebook to beg for help after her son was scammed by an Instagram page.

According to the lady, her son has been saving to get a new phone, only to be scammed by an Instagram page claiming to sell phones.

She begged people to help her son who has been left in pain since the ordeal.

My son had been saving up in preparation to return to school in September. His phone unfortunately had begun to give him trouble, and so he had to make an emergency purchase. He had settled to buy a fairly used iPhone.

He saw this page on Instagram, he thought it was legit. He took a sum from his savings and asked me to loan him the balance, to be deducted from his salary in July.

He went to the bank and paid money to

As soon as the payment was confirmed by the recipient, he was blocked on the Instagram handle and call network.

He narrated his experience to me yesterday…..

And all I felt was PAIN.

This boy works so hard and someone sits somewhere to defraud him of his hard earning.

It is NOT fair.