The management of Kaduna State University has ordered its lecturers under the aegis of the Academic Staff Union of Universities to resume work or face sanctions. 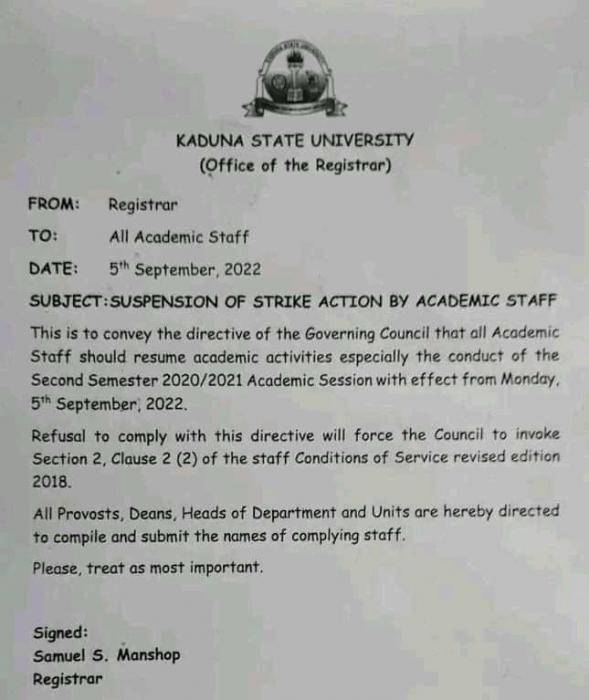 This was contained in a circular signed by the university’s Registrar, Samuel Manship, on Monday, September 5, stating that the institution would be forced to invoke Section 2(2) of the Staff Conditions of Service if the lecturers failed the comply with the directives of resumption.

All Provosts, Deans, Heads of Department, and Units were directed to compile and submit the names of complying staff.

Recall that the Kaduna state governor, Nasir El-Rufai had earlier issued a directive during a radio interview for the suspension of the ongoing strike and the immediate resumption of academic activities as the strike had nothing to do with state-owned universities. The governor also threatened to stop paying the salaries of the striking lecturers’ and declare their position vacant should they refuse to resume.

However, the KASU chapter of ASUU, unmoved by the governor’s threats, called it a bluff and directed its members and students to ignore the directive as the strike could only be suspended by the national leadership of the union.