A non-teaching staff with the University of Benin, Prince Carter Oshodin, committed suicide over the non-payment of salaries as schools remain closed due to the failed dialogue between academic unions and the federal government. 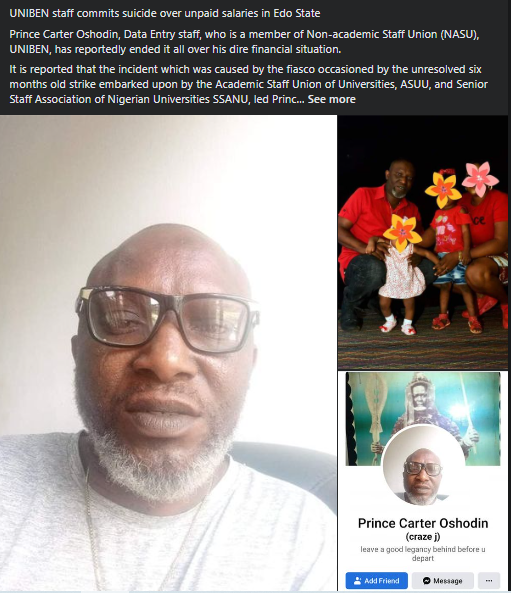 The Data Entry staff, who is a member of the Non-academic Staff Union (NASU), UNIBEN, reportedly hanged himself on Friday, September 9, 2022, over his grave financial situation as the government had declared a ”no work no pay” policy.

Though NASU and SSANU had called off their strike to enable the federal government to work towards meeting their demands, the government has been adamant about not paying the salaries of the striking workers for the period of the strike. This, according to reports, moved the depressed worker into ending his life as he was said to have been pictured over the past weeks, begging for financial aid from passersby to support his family.